Sri Mulyani Indrawati
Managing Director - COO at The World Bank
Panama Papers Underscore Need for Fair Tax Systems
The so-called “Panama Papers” scandal reminds us that concealing wealth and avoiding tax payments is neither uncommon nor — in many cases — illegal.  But the embarrassing leak exposes something else: The public trust is breached when companies, the rich and the powerful can hide their money without breaking the law. If this breach is left unaddressed, those who aren’t rich enough to hide money will be less willing to pay and contribute to the social contract in which taxes are exchanged for quality services.
As finance minister in my home country of Indonesia, I saw firsthand how a weak tax system eroded public trust and enabled crony capitalism. Shadow markets arose for highly subsidized fuel, family connections secured jobs, and bribes helped public servants beef up their salaries. Tax avoidance among the elites was common and the country couldn’t mobilize the resources we needed to build infrastructure, create jobs, and fight poverty.
Introducing the concept of transparency and accountability into that broken system was hard and came with political opposition and setbacks. We worked on technical improvements that might seem basic but did not then exist, including better audits, stronger internal controls, and new computer systems to minimize personal interaction and the opportunity for taking bribes. We also created incentives for civil servants, boosted their morale, and imposed discipline.
Indonesia is just one example of how a broken social contract hampered development. In fact, mobilizing resources for services and development is a global challenge in which many countries lack both a strong tax base and the capacity to create one. Fifty percent of developing countries raise less than 15% of their gross domestic product in taxes, and many of them are highly dependent on natural resources. By contrast, the OECD average is about 34%.
Five years after starting our reforms, the number of taxpayers in Indonesia went from 4.35 million to nearly 16 million. Tax revenues grew by about 20% each year. With this income, we bolstered our budget, decreased our debt, and increased Indonesia’s capacity to provide essential services like roads, clean water, and health care. A strong economy helped, but we also built the trust the private sector needed to invest and create jobs.
The fallout from the Panama Papers could inspire a stronger and fairer international tax system based on sound tax systems, good institutions, and integrity. There are encouraging efforts by the G20 and other international fora to create solid tax reforms and promote binding international cooperation. Now may be the moment to turn words into action.
To meet our global goals of ending poverty and promoting shared prosperity, we need to help countries to overcome extraordinary challenges in tax policy and administration. Our clients grapple with a wide range of problems: businesses — both foreign and domestic — that don’t comply with tax regulations, large numbers of informal businesses that aren’t on the books, weak revenue administrations, poor governance, and the public’s mistrust.
The World Bank supported the reforms I led in Indonesia, and the institution is increasing its capacity to do more. A recently formed Global Tax Team is gathering insights into the specific problems our clients face and is working with them to find solutions. We hear that they would like assistance with international tax issues, such as transfer pricing — a practice that international companies can use to shift profits between subsidiaries and minimize their tax burden. They are also looking for help with tax policy, including for value-added tax, and issues related to transparency, including tax data collection and disclosure of natural-resource incomes. Our teams are already working with the governments of Pakistan, Colombia, and several countries in Eastern Europe to make improvements.
We will feed our findings into joint initiatives with the IMF, the OECD, the UN and others. These initiatives are designed to help countries strengthen their tax systems, coordinate global tax-related aid, and ensure that the interests of developing countries are heard in the growing international dialogue on tax reform.
As a former finance minister, I know too well that trust is a vital part of the equation. Nobody likes to pay taxes and that aversion only grows if people feel their contributions are wasted or stolen. Tax reforms are a vital piece of building equitable societies in which elites follow the rules. They can enable governments to spend efficiently, protect the poor and vulnerable while fighting corruption.
We may not make people and companies enjoy paying taxes, but we should create systems that make it a lot harder to hide wealth and avoid paying their dues. It is a critical part of the fight against poverty.
Written by
Sri Mulyani Indrawati
Sri Mulyani Indrawati
Managing Director - COO at The World Bank 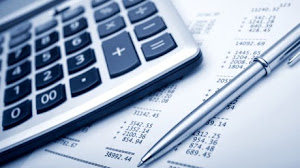